The Genevieve Wedding Car Chauffeuring service started in 1986 and Andrew and Gail Hollis are celebrating its 20th anniversary this year.

Genevieve was the first car in the business and was originally the family car bought in 1974 when a customer gave up driving and gave Andrew the first option on buying the car which was used initially as family transport, then modified for racing and rallying before being returned back to her former glory to be used for weddings. Jeannette was bought and restored some twenty-one years later in 1995, when, with the wedding of his second daughter pending, it was "suggested" that a matching Jaguar be acquired for the occasion. Knowing of a car awaiting restoration by a friend Andrew enquired and subsequently bought and restored Jeanette and the matching Jaguars participated in their first official wedding in that year and so the wedding car chauffeuring service was born.

We do not have any reviews about Genevieve Wedding Car Hire available right now.

This business has no reviews yet. 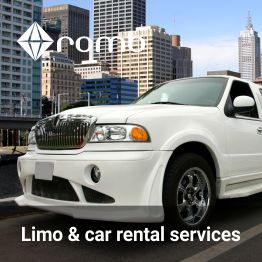